10 Dark Anime like Akame ga Kill You Must Watch!

These options will not disappoint fans looking for more supernatural anime after watching Call of the Night.

“Call of the Night,” also known as “Yofukashi no Uta,” is a Summer 2022 anime that has received a lot of attention for a variety of reasons. Amamiya Sora (previous roles: “Aqua from Konosuba,” Chizuru from Rent-a-girlfriend) returns as the main lead character Nanakusa Nazuna with her charming yet seductive voice.

The film Call of the Night is breathtaking, beautiful, and hilarious. The nighttime environment is encapsulated in purple, providing the ideal setting for these characters. The characters are more lively than in the manga, as they bounce off each other with enthusiasm.

Here are the top ten Amazing Anime similar to Call of the Night, which are similar to some or many aspects of the series.

Wakana Gojou, a high school student, spends his days honing the art of making Hina dolls in the hopes of one day surpassing his grandfather’s level of expertise. While his peers are consumed by pop culture, Gojou finds fulfilment in making clothes for his dolls. Nonetheless, he goes to great lengths to conceal his unusual hobby, believing that if it is revealed, he will be ridiculed.

Marin Kitagawa is a stunningly beautiful young woman whose poise and confidence contrast sharply with Gojou’s meekness. It defies logic for Gojou to associate with Kitagawa, who is always surrounded by her peers. The unthinkable happens, however, when Kitagawa discovers Gojou’s sewing prowess and openly admits to him about her own hobby: cosplay. She decides to enlist his help because her sewing abilities are pitiful.

As Gojou and Kitagawa collaborate on one cosplay outfit after another, they can’t help but become close—despite the fact that their lives are worlds apart.

Banri Tada has amnesia as a result of a tragic accident, which has erased his memories of his hometown and past. However, after meeting Mitsuo Yanagisawa, he decides to leave and begin a new life in Tokyo at a law school. But, just as Banri is settling into college life, the lovely Kouko Kaga unexpectedly enters his life, and their chance meeting begins an unforgettable year.

After experiencing college life, Banri realises he is in a new place and a new world—a place where he can be reborn, make new friends, fall in love, make mistakes, and grow.

And, as he comes to terms with who he is, the path he has chosen leads him to a blindingly bright life he will never forget.

Naota Nandaba is a regular sixth-grader who lives in a city where nothing out of the ordinary happens. After his brother Tasuku leaves town to play baseball in America, Naota is left in charge of everything Tasuku left behind, including his ex-girlfriend Mamimi Samejima, who hasn’t stopped clinging to Naota since Tasuku left.

Naota, on the other hand, has no idea that his ordinary life is about to change forever: Haruko Haruhara is a pink-haired, Vespa-riding psychopath whose first encounter with Naota leaves him with tyre tracks on his back and a giant horn on his head.

Though all he wants is some peace and quiet, when Haruko moves in with his parents, Naota is dragged into the heart of the greatest battle for supremacy that Earth—and possibly the entire universe—has ever seen.

Both have a (sort of) similar plot: a middle school boy effectively abandons school to hang out with a supernatural, eccentric older woman with a significantly less mature personality than him.

7. The Pet Girl of Sakurasou

The first time he saw her, it was love at first sight. Unfortunately for Sorata Kanda, “she” was a cat named Hikari, and his school’s rules forbid keeping pets in regular dorms. Sorata is exiled to the infamous Sakura Hall, where he joins other troublesome and unusual students such as Jin, the overzealous playboy, Ryuunosuke, the reclusive hermit, and Mashiro, a brilliant artist who is so unfocused and clueless about the real world that dorm supervisor Ms. Sengoku assigns Sorata the task of caring for her along with his ever-growing collection of stray cats!

The Pet Girl of Sakurasou is a moving coming-of-age story about friendship, love, ambition, and heartbreak told through the eyes of an ordinary person in a world full of extraordinary people.

Yukiteru Amano is a shy middle schooler who keeps a digital diary of his daily activities by taking notes on his phone. Yukiteru is frequently seen conversing with his ostensibly imaginary friends Deus Ex Machina, the god of time and space, and Deus’ servant, Mur Mur, despite the fact that he has no classmates.

Yukiteru awakens one day to find that certain events from his day have been displayed on his cell phone ahead of time. While he dismisses it at first as a coincidence, he gradually realises that the incidents recorded on his phone will occur in the near future. Yukiteru discovers that his classmate Yuno Gasai keeps a diary as well.

They’ve been enlisted in a deadly battle royale between 12 different people who have been given “Future Diaries,” special diaries that can predict the future, by Deus Ex Machina, the God of Time and Space, with the last survivor becoming heir to the universe.

Shuuichi Kagaya is a typical high school student who occasionally transforms into a monster. He has no idea how or why he developed his abilities; all he knows is that he would prefer no one knew. He comes across a burning building with a girl trapped inside one night. After deciding to save her, he transforms and carries her to safety, but he drops his phone in the process.

Claire Aoki, the girl he saved, tracks him down the next day and confronts him about his monster identity. She, too, has a secret: she has been looking for her sister, who has also turned into a monster. She requests Shuuichi’s assistance in locating her, but they aren’t the only ones looking for answers…

Despite the fact that it is an Ecchi anime, Gleipner has an amazing storyline and fantastic monster designs. If you enjoyed the supernatural atmosphere of Call of the Night, you should definitely watch this anime.

Unlike the Call of the Night anime, Love Is Like A Cocktail does not have a vampire theme, but it does feature a female main character with strange behavior, similar to Nazuna.

The anime series’ plot revolves around a husband who spoils his wife after she returns home from work. If you liked the female lead in Call of the Night, you’ll enjoy Love Is Like A Cocktail.

Alto Goldfilled, a dedicated student at the Ortigia Academy of Magic, aspires to be a powerful sorcerer. Despite his excellent grades and dedication to his studies, he fails his summoning class. Alto attempts to resolve his situation by following an old, worn-out grimoire, with the prospect of repeating a year hanging over his head.

Surprisingly, he succeeds in summoning the powerful demon Vermeil. Vermeil agrees to become Alto’s familiar in exchange for her release, sealing their relationship with a deep kiss. Alto has no idea what else he’s capable of, or what Vermeil’s past hides.

This anime is definitely worth watching, as it follows the same romance and vampire theme as Call of the Night.

Rina: The Vampire Cosmonaut tells the story of Irina, a vampire who is captured by humans and used as a test drive guinea pig for their newly manufactured airship. During her training, she meets a human who is in charge of her.

This anime series is for you if the romance between a human and a vampire in Call of the Night piqued your interest. It doesn’t have the same peaceful theme, but it does have an intriguing plot.

Arvo Animation created the anime, which currently has a single season with 12 episodes.

The Case Study of Vanitas, which follows the same vampire theme, depicts the journey of a vampire who wants to learn about the past of an intriguing human named Vanitas.

The thriller element of Vanitas’ Case Study makes it appropriate for all audiences. Although the main characters are not involved in the romance, a human and a vampire are.

Hanae Natsuki (previous roles: “Falco” from Attack on Titan, “Tanjiro” from Demon Slayer) will be the main lead’s voice actor.

Studio Bones created the anime, which currently has two seasons and a total of 24 episodes. 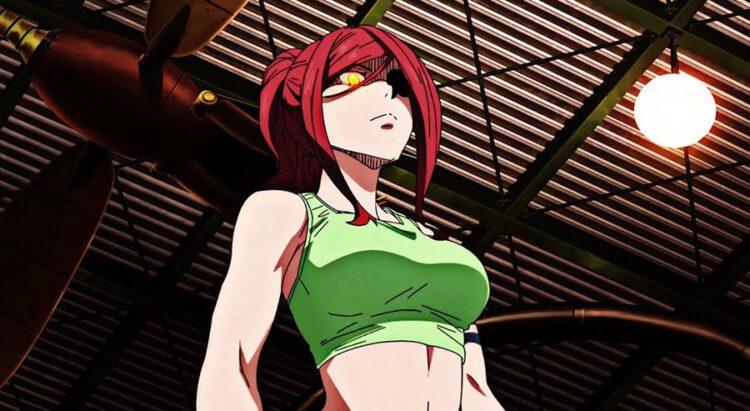